HOMECOMING 2019: ONE FOR THE DECADES

Homecoming 2019 has officially come to an end.  The students had a fun week with themes planned every day. On Monday the hallways were decorated to various decades. The halls looked amazing with themes from the 50s to the 80s. 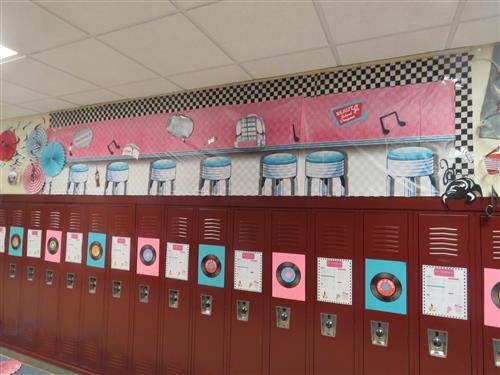 The freshman hall took top prize for the hall decorating during Homecoming Week.

The freshman took top prize that day.  Monday was also Meme Day and some of the students and teachers dressed as their favorite memes. 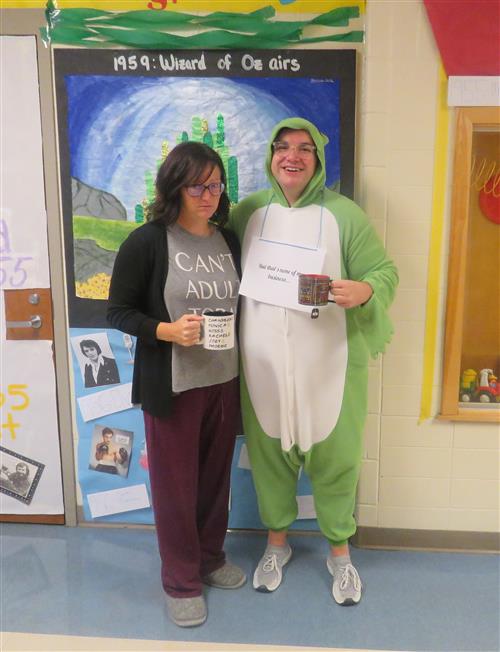 English teachers Michelle Duffy and Chuck Smith had some fun with Meme Day!

Tuesday was Decades Day and again students dressed accordingly.  There were girls in poodle skirts, boys dressed as rock stars. Wednesday was Class Day.  Seniors wore togas while the other students dressed in newspapers and garbage bags.  Thursday was Spirit Day and you could see the Hanover colors throughout the school. 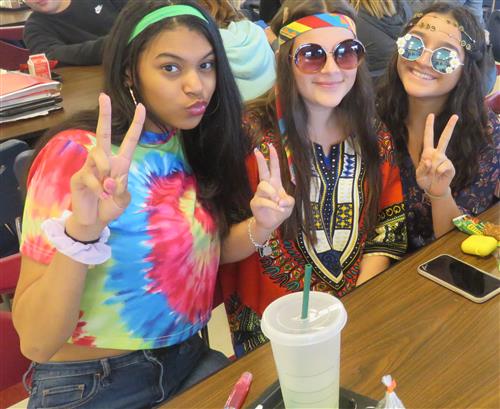 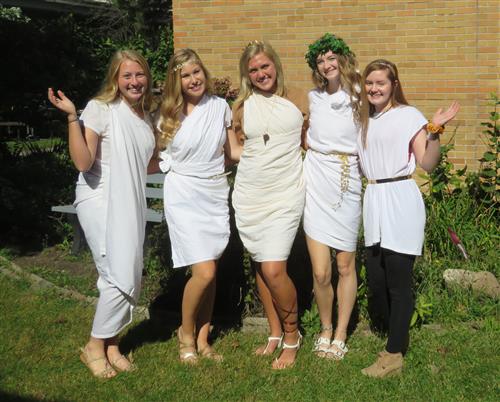 The seniors got into the spirit and wore togas on Class Day. 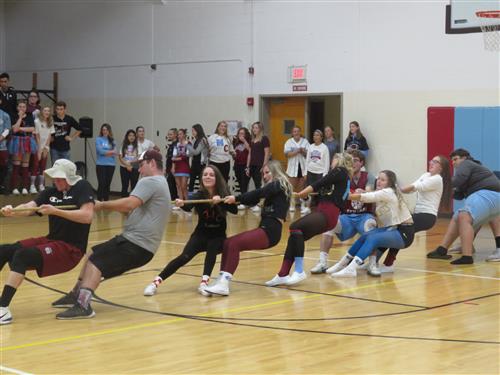 Students put all their strength into the tug of war during the spirit games. 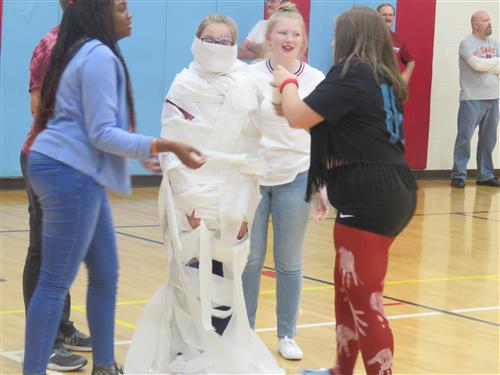 Students participate in the toilet paper wrap during the spirit games. 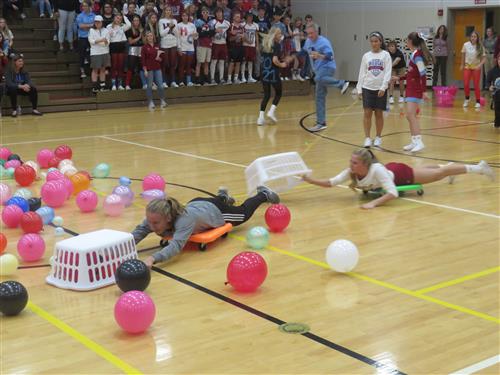 Students play a game of Hungry Hungry Hippos as part of the Spirit Games during Homecoming Week.

Thursday night the Homecoming Parade went off without a hitch and the rain ended just in time for the parade to begin. After the parade the girls participated in the Powderpuff Football Game and the seniors were victorious over the freshmen and juniors. 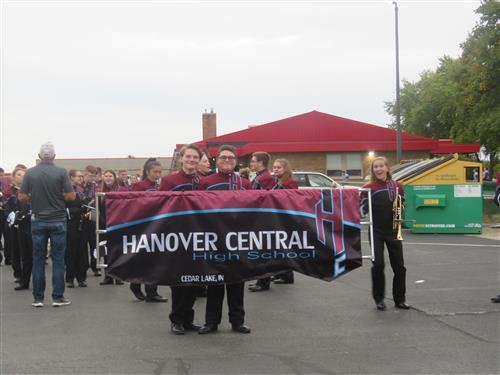 The Hanover Central High School Marching Band gets ready for the Homecoming Parade.

Pictured are the players and coaches of the Powderpuff football teams this year.

On Friday the Homecoming Game was very very cold but again the rain ended before the game even began. The Hanover Wildcats were victorious over the Wheeler High  School Bearcats, 17 to 7. 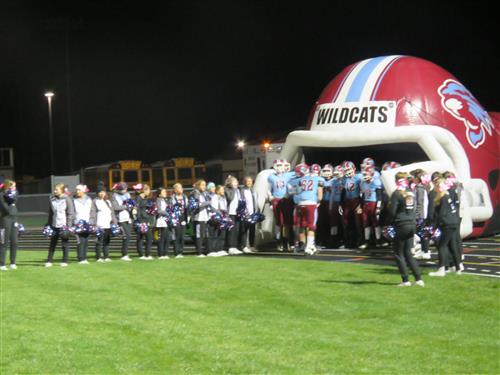 The Hanover Wildcats get ready to run onto the field before the 2019 Homecoming Game.

At halftime the Homecoming Court was introduced and the King and Queen announced.  Last year’s royalty, Alexis Rapacz and Samuel Momcilovic, were on hand to crown this year’s king and queen, Kyle Anderson and Amanda Schreiber. 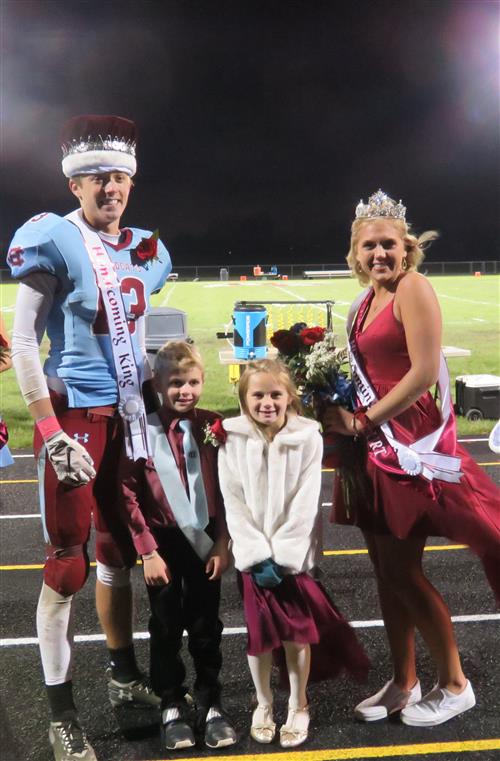 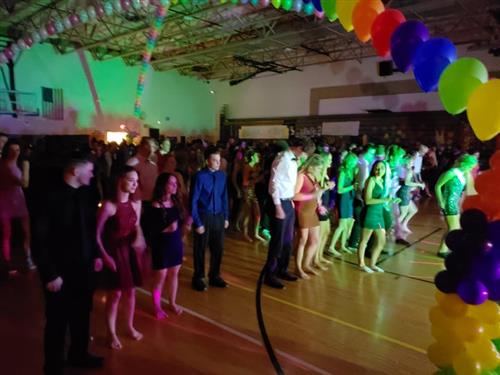 The Homecoming Dance was held on Saturday night to mark the end of Homecoming week.  The gym was decorated with decades décor. The week was filled with lots of fun memories for all the students! Thanks to everyone for all the hard work that went into making the week such a success!