Kids, Creativity and Cats and Dogs

“They know they can do something important,” said Gay Plants, third grade teacher at Jane Ball Elementary school.  “Their feelings are genuine and authentic,” she added with a smile.

What are Mrs. Plants’ third graders doing?  They are sponsoring a donation drive for the Lake County Animal Adoption and Control Center in Crown Point.  The ‘no-kill’ shelter relies on donated supplies to meet their needs on a day to day basis.  The student’s philanthropic hearts combined with their newly found skills for writing effective advertising combined into a poster making project that exploded with creativity.

Mrs. Plants spent time with her students explaining effective ways to design and create a poster asking for donations.   Students learned that the information on the poster should answer five critical questions: What, Where, When, Why and Who.  She also explained that her students should be polite, use good manners, say please, and explain how they were going to collect the donations.

In groups of two on the floor, the ideas and plans were endless.  Liam Johnson and Weston Morgan decided that the key word for them would be ‘HELP.’  “The animals really need our help so we want that word to really stick out.  We also want to draw a chart so we can tell people what the animals need, like not just stuff but real stuff.”  If the explanation makes you smile, it should, but behind the smile should be the knowledge that these boys truly wanted to get the animals exactly what they needed. 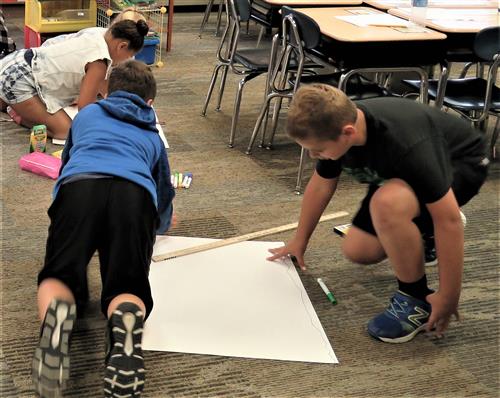 Liam Johnson and Weston Morgan start on their poster creation

Over on the other side of the room, Hailey Lindenmulder and Seth Neander added a technological element to their work as they asked Mrs. Plants to ‘google’ them a picture of a cat with yarn.  Together they worked to duplicate the photo.  They wanted the picture to be the attention getter and the detailed information to be included by attaching a copy of the flyer Mrs. Plants shared with them to their poster. 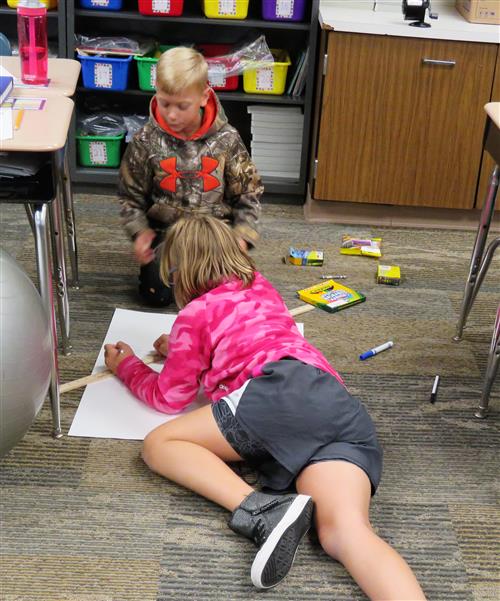 Hailey Lindenmulder and Seth Neander begin to replicate a photo of a cat with yarn.

Braulio Corral and Lucas Lindskog used simple logic to begin their poster.  “Most shelters have lots of dogs and cats in them, so we’re going to put a cat in one corner and a dog in the other and a lot of words in the middle,” said Lucas. 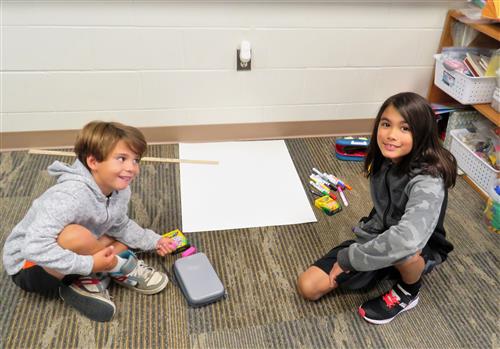 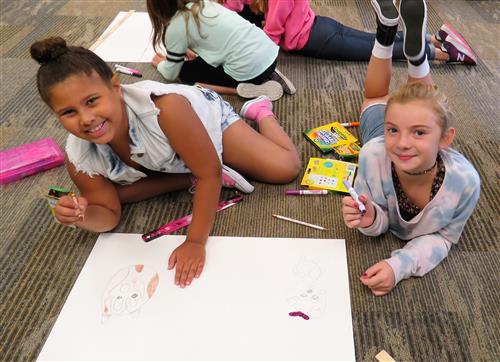 Mrs. Plants used the posters around town to get the word out that these students acce[ted donations through September 14th.  Donations were brought to the school and on Friday September 14th, Kasey Stewart, came with puppy in hand and an SUV to pick up the donations from Jane Ball.

Was the drive successful?  You bet, enough donations were collected to require a second trip to the school to pick them all up.  Here are a few photos from Friday's pick up:

Cristoffer Duran, Braulio corral, Lucas Lindskog, Mrs. Corral and Gavin Reinbold-Morris with one of the puppuis that will be helped by the donations collected.