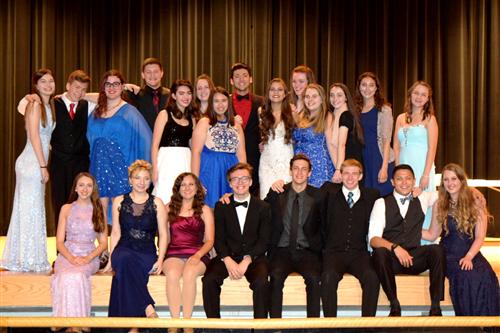 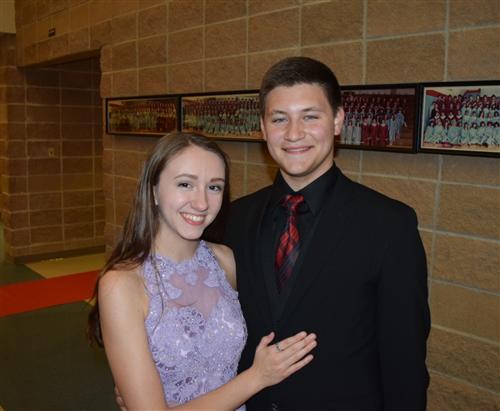 Winning for Best Supporting Actress in 'Happy Days,' was Rachel Mace, photographed on the red carpet with Alex Gesiakowski 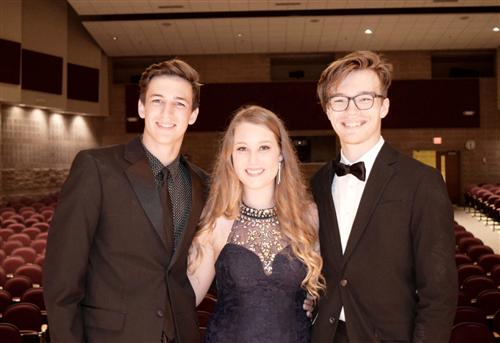 The Triple ‘AAA’ Awards have nothing to do with servicing disabled automobiles and everything to do with recognizing the exceptional talent shown by members of the Hanover Central Thespian Society.  The awards are Hanover’s version of a Tony given for outstanding Broadway productions and performances.  Thespian Society Sponsor Stephan Gustas looks forward to the awards every year, but doesn’t enjoy saying goodbye to his seasoned, Senior Stars.

“I’m already crying and it gets harder every year,” said Mr. Gustas.  It was especially hard this year with the Society enjoying the talents of a plethora of seniors.

The talent during the 2015-2016 school year was something very special.  “What this group did is equal to a small community theater production, and I am very proud of them and don’t want them to leave,” he said.  He is extremely pleased that Senior, Lexi Gremp will continue to grow her theater skills in college as her chosen field.

If Mr. Gustas has a single aspiration for the Thespian Society next school term, it’s to grow membership.  “I would really love to see more students get involved, not just on stage, but on the technical side as well,” he added.  He is equally excited about the Building Trades students becoming involved and looks forward to their contribution to future productions.

“There are so many things students can do and ways to get involved that they may not even know about,” explained Mr. Gustas and he’s  hoping that students will take the time to investigate the opportunities available.

As for the Triple ‘AAA’ awards, they are a night of celebration and silliness, a night of tributes and tears and a time to say goodbye and job well done.