The Only Student Council to Invite Candidates to an Open Forum and They Are Ours!

The Only Student Council
to Invite Candidates to an
Open Forum and They Are Ours! 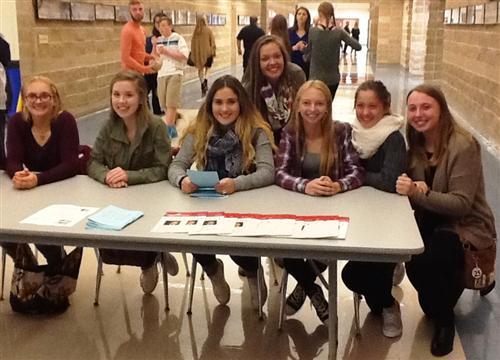 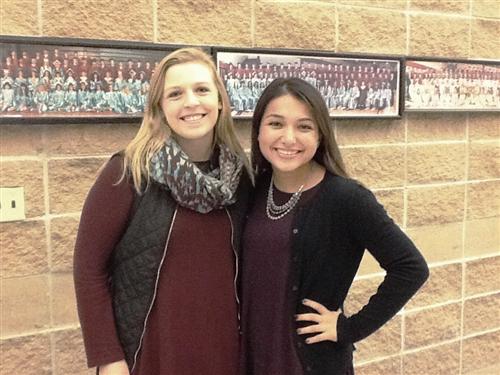 It seemed appropriate that on the same night presidential candidates took to the debate stage in front of a national audience, that the Hanover Central Student Council offered local and state candidates a similar opportunity on the stage at Hanover Central High School earlier in the evening.  “Thank you to the Hanover Student Council for the foresight to do this.  There are a lot of school districts in this district (11th District) ….and you are the only Student Council that has embraced your government and gave us the opportunity to speak in front of you….nothing is more important than our young people getting a good grasp on government….I applaud you for that,” said 11th District State Representative candidate Jim Metro (D).

Joining Metro on stage were State Representative candidate, Michael Aylesworth (R), County Commissioner candidate, Gerry Scheub (D) and candidates for the Hanover Community School Board of Trustees; Scott Burdan (unopposed in District 2) and Mary Joan Dickson and Kelly York who are vying for the “At Large” seat.  Unable to attend the forum were Republican County Commissioner candidate Jerry Tippy and District 1 School Board candidate, Dennis Wilkening who is running unopposed. 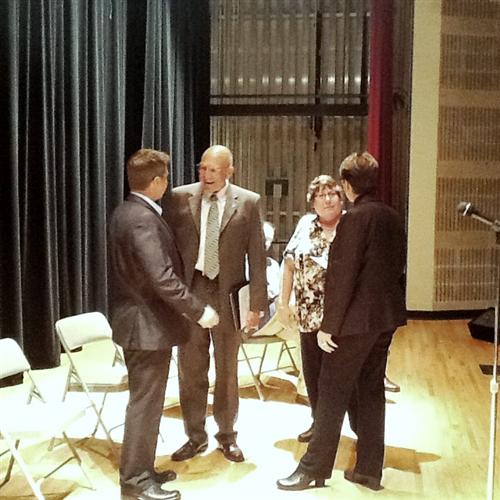 Prior to Candidate Night the Student Council spent a great deal of time researching the issues facing candidates for each office and selected the questions to ask.  Each candidate was given 90 seconds to introduce themselves and offer a brief personal bio.  Questions were posed to the candidates by Student Council Moderator, Audrey Garcia in two rounds.  Fellow Student Council member Jenny Lameka had the unenviable task of timing each candidate’s response and tactfully indicating when their time was up.  The first round offered all six candidates the opportunity to describe the three goals they would like to meet if elected to their respected offices.

The second round of questions directed three questions to the School Board candidates and offered insight into the importance of those positions to the Student Council members.  “How much time do you have to devote to this position and are you willing to read meeting packet materials, minutes, financial statements and correspondence prior to Board Meetings?  In other words, will you be prepared and engaged in the ongoing operations of the association?”  The detailed question showed a clear understanding by the students of the work involved in meeting their needs by elected school board officials.  The School Board candidates were also asked; “What encouraged you to run for the Hanover School Board, and as a member, what are 2 specific goals you have for us students?”  The final question posed to Burdan, Dickson and York proved that the students had spent considerable time discussing what they believe constitutes an effective Board.   Ms. Garcia initiated the question by saying; “We students believe a school board is effective if they have strong shared beliefs and values about students’ abilities to learn.  Have a collaborative relationship with the staff and the community.  And have aligned and sustain resources to meet district goals.  What do you think makes a school board effective?”

The answers offered by the candidates to the question were varied and every Student Council Member in attendance was clearly listening intently.

“As a member of the School Board you need to think of the children first…We are the policy makers, but we have to keep communication open at all levels…In my eyes it’s a triangle, we represent the students, we represent the staff and we have to think of taxpayers because they provide the funds and they want a bang for their buck,”  said incumbent candidate  Mary Joan Dickson.

Scott Burdan began his comments by saying; “For a School Board to be effective, just let people do their jobs.  Let teachers teach, let coaches coach, let the principals run their schools, and as a Board, support your Superintendent’s vision…let them do what they were hired to do and support them where they need your support.”

The Council again shared a question regarding issues facing young people when making inquiries of County Commissioner Candidate, Gerry Scheub.  Ms. Garcia cited alarming statistics about drug and alcohol abuse among high school and college students from a May, 2015 FSSA newsletter and asked; “As a County Commissioner what can you do to lower these numbers.”  Scheub responded by asking the students; “Where would you like to spend Christmas day…At home with your family or in the Lake County Juvenile Center?  That’s a decision you make, nobody can make it for you…when you leave the house you’re on your own…Everything starts with you…”  Scheub asked the student council members to be upstanding young citizens and offered them the opportunity to tour the detention center.

The final question went to State Representative Candidates Aylesworth and Metro, and again addressed the importance of education to the Student Council members.  Referring to a recent story in the Indianapolis Star, Ms. Garcia asked about solutions to the teacher shortage, mandated standardized testing and other issues that discourage education as a career.   “That’s a daunting question…It’s not just an Indiana issue, it’s a national issue,” said Aylesworth.  “Our goal is to make teaching a more attractive profession. We wish we could make it a profession where pay is comparable to doctors and lawyers, but that is never going to happen, but we do need to have salaries raised a little bit and local School Boards can do that,” he added. “Hopefully we can get them a little more money.”

Jim Metro took the stage for the final answer of the evening.  “Who’s leading our students, who’s teaching in our classrooms?  The state doesn’t take the problem seriously enough,” said Metro who also offered a copy of a report card of current State Legislators prepared by the State Teachers Association that assigns many Legislators a grade of “D”.  “We keep kicking the problem around and we need to find new people to solve the problem.” 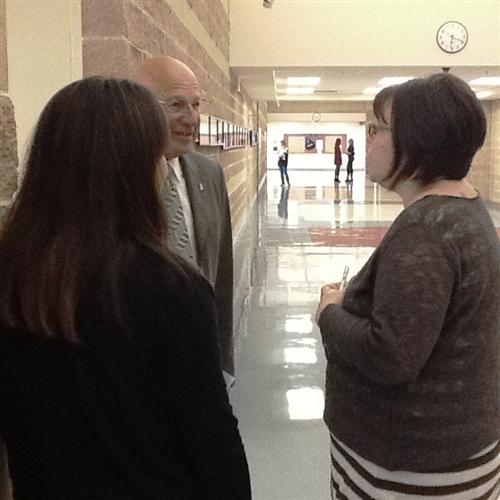 Student Council Sponsor Tracy Haskel (right) and Student Council Member and moderator, Audrey Garcia spend a minute with County Commissioner candidate Gerry Scheub at Candidate's Night.
Student Council Sponsor, Tracy Haskell ended the formal part of the forum by thanking Hanover High School Principal, Mary Ann West and Dean of Students, Lori Bathurst for their support of the Council’s efforts and invited all those in attendance to a meet and greet in the cafeteria where students and audience members had the opportunity to approach the candidates on a personal level.  It was an impressive evening with impressive questions by a Student Council that continues to inspire